Building for the Enterprise

When I began working on Uncover in 2012, I knew that I was entering a market that I knew little about. I naively thought to myself: “How different could it be?” Everything I’d ever done that was Web startup related, going all the way back to being a teenager, was consumer based. TypeFrag was for computer game players, Carbonmade for people needing an online portfolio, and so on. I quickly learned that while some things translate well, in other respects it’s a completely different ballgame. 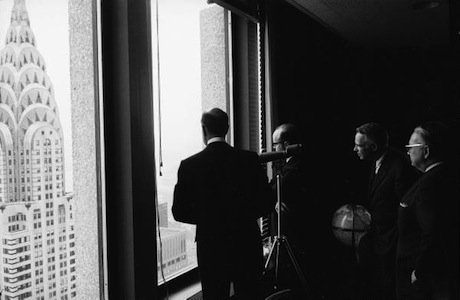 One person vs. multiple people

Consumer startups require buy-in from one person with one very specific need. The most successful consumer startups (Instagram, Twitter, Facebook, etc.) only need to convince one person to sign up. Does this service benefit me as an individual? If so, I’ll sign up and buy.

Uncover is different. Uncover requires buy-in from the human resource person (or people), the CFO, and the entire organization. This is true for any enterprise company that’s looking to sell into a company. If your product will touch the lives of the entire company as Uncover does, the larger the organization the larger the number of people on their end who need to give their thumbs up.

Uncover has the added benefit that many enterprise companies don't, we're not attempting to replace an existing service such as a project management tool. We’re doing something new and fun that most people can get behind. That being said, there is a cost associated with Uncover, and because of that companies need to make sure there is room for it in their budget.

Whereas most consumer startups have network effects — meaning that the more people on the platform already, the more appealing it is for you to sign up — enterprise companies don’t tend to have that. They’re typically offering internal tools that will be used by the company to build their product, grow their team or assist its operations.

While testimonials from other companies can help convince new companies to sign up, it doesn’t necessarily benefit their company if another company is using the service already. It’s more of a validation than a reason to use it. The only benefit that I can see isn’t tangible to the company and that’s that with more customers, there tend to be more resources to build a better product.

That’s not to say that there are absolutely no ways to add network effects to your enterprise product, but they tend to be less influential than with a consumer service. For example, Salesforce has a massive add-on marketplace now because of their scale, and that’s a great incentive for companies considering Salesforce that is somewhat like a network effect.

We actually have some ideas about this with Uncover, but a lot of them require that we scale substantially before we can implement them. Our hope is that we will be able to implement them as soon as possible.

It’s a much longer sales process

A consumer sales process takes minutes. It’s a few input fields on a sign up page and you’re done, whereas an enterprise sign up process can take weeks or months. First you have to successfully convince the company to give their basic details: name and email. Then there’s a set up process. That usually means customizing the product to their company’s needs or interests and adding their employees to the service. Then you have to get them to pay.

As I mentioned earlier, you typically have to talk to a couple of different people before they in turn get the okay. That can take a long time, as decision makers at companies are often busy. It’s important to keep tabs on your contact without being too pushy. Nobody likes a pushy sales person. I have open threads with companies still going after several months.

That’s not to say that all sales in enterprise take this long. We’ve certainly had sign ups that have taken no more than an hour to complete, but to think that the speed to sign up is as fast as with a consumer product is completely false.

Something I’ve never minded is holding customers’ hands through the sign up and set up process. I think it’s a great learning activity as well as a way to connect with your customers on a more personal level. That said, consumer products require far less handholding, as they tend to be simpler and have fewer customizations.

The frequency of closing deals with enterprise is less than with consumer, so helping a company along through the process from sign up through activation is important in closing leads. A few extra emails with a potential customer can lead to thousands of dollars in revenue.

We’re still too young as a company to have a definitive answer on this, but it’s been three months in and we’ve yet to lose a single customer. I know from experience with both TypeFrag and Carbonmade that this was not the case. The LTV of a consumer company is shorter than with an enterprise company because the switching costs for an enterprise company are more expensive. A consumer can easily pick up the shiny new tool, but an enterprise company can’t — and can’t put it down as easily either.

A long LTV is something that especially excites me about enterprise companies. As long as your customers remain in business, they aren’t likely to discontinue their service. We as a company cannot start building a bad product or offering bad customer service, obviously.

While a lot of time does go into user acquisition, the amount of money you make per customer is a lot higher when building an enterprise company. The average SaaS consumer application charges around $10/month for their service whereas enterprise applications tend to charge a lot more per month than that.

They’re typically billed at a tiered pricing model that starts at around $50/month and can grow to be as large as thousands per month. These tiered pricing models either limit users, features, or both. While you’re most likely converting fewer users as an enterprise company, the value of that customer is a lot higher.