I’ve had an up and down past twelve months stretching all the way back to when I wrote Follow Your Heart back in November. If you haven’t read it, give it a quick read before continuing here. It’s crazy to me that it’s been an entire year since I wrote that piece. I felt very free and relaxed after writing it, but troubles with work continued to materialize, as they often do in the early stages of a new business. That day was just one of the good ones, when I thought I had it all figured out. Missed deadlines. Lost co-workers. New co-workers. Revenue growth, but not enough. All of those problems plagued me. 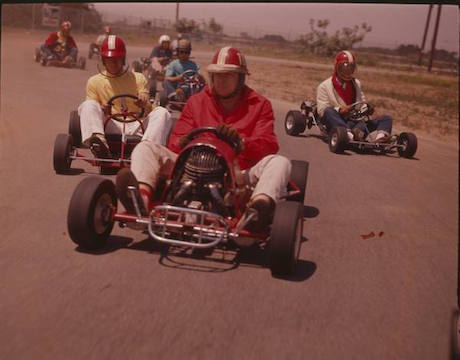 Much of early 2014 was about getting back on track. A new year. A bright future. January 2014 was only Uncover’s one year anniversary since its founding, after all, but prospects for our long-term longevity were waning. We were fighting a battle that most entrepreneurs would have given up on. Our newest release was four months past due and actually took another five months to ship. I was running on fumes, trying to keep the team motivated enough to get our new work done.

We finally shipped Uncover this past May, and I felt immense euphoria. The problem was, as always in the world of startups where I’ve lived my entire professional life, the euphoria I felt then was short lived.

I remember feeling that the next day might have just been another normal day and not one of the lowest lows if Uncover had shipped on time. I wasn’t entirely happy with the work that we put out as a team. A lot of that rests on my shoulders as the founder. That said, it took me a couple of weeks to come to terms with the fact that the work wasn’t as good as I’d have liked it to be because I wasn’t fully happy in my personal life.

It’s hard to admit to yourself that you’re not happy. For most people showing unhappiness is a sign of weakness — something that we don’t share with other people unless we’re very close to them. The most you’ll get is an “I’m okay” when you ask an unhappy person how they’re doing. Even writing this article now rather than at the time is something of a cop-out. While I wasn’t sharing exactly how I felt with my friends or family, my work was sharing it for me. It just wasn’t that great.

If I’m not happy in my personal life, I cannot do great work. This is something that I’ve come to realize since the start of the summer, when I began to feel happy again. I felt both the quality of my work and my productivity skyrocket.

I have a few very talented friends who are “lost souls” — a term two of us coined together — and who are currently trying to figure out what to do next. Having spoken to at least five such people over the past few months, I tell them my story about happiness and how it affected my work. I tell them not to do anything drastic. I suggest that they first try to sort out their personal lives and find happiness (because in all cases they’re not happy) before finding themselves in the exact same emotional state at a new company.

There are two things that occupy most of our lives: (1) our work and (2) our relationships with our friends and family. If one of those is off-kilter, then the other gets dragged down along with it. While we often look at our work as being the easier problem to solve (a new job, a new boss, a new career, etc.), the root of the problem often lies with the unhappiness in our personal life; and while that’s often harder to fix, it’s worth trying in order to do your best work and to be happy while you’re doing it.