Where Have You Been?

It's been a while since I wrote a new article for my website — over three months in fact — and I'm sorry about that. I've been continuing to publish new writing almost weekly over at Treehouse, one article for Ooomf and an essay in the soon-to-be-published Customer Support Handbook. You should check those out if you're looking for new writing by me. Now, what have I been up to? 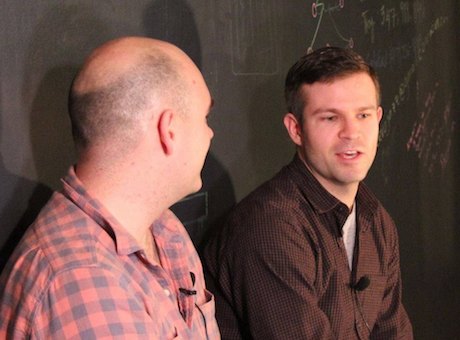 Uncover has consumed much of the past three months. I've mainly been occupied trying desperately to get the new version of Uncover out the door — it's awesome, by the way! For someone who hates long development cycles, this one has gone on far longer than I had anticipated. We initially started working on this new version in July and were hoping to release it before Thanksgiving, but things got delayed as they always do with software development.

I'm very happy with where we're at now, but it took a long time getting here. All of our design is done, all of our frontend code is done, and 95% of the backend code is complete. Just this past weekend we created a staging environment and have the new version running there as we complete the backend code and continue to test. I'd love to say that we have a release date, but we're still far enough away where I wouldn't feel comfortable revealing one.

Other than product updates, we've got an awesome new developer and sales have been continuing to grow. We've added some well-known companies to Uncover over the past few months and are continuing to add new companies. If you're interested in using Uncover and have any questions, please email me.

My book hasn't been touched in the past three months. I hope to pick up writing in it again as soon as the new version of Uncover is out. It's been difficult to balance the two to say the least. I was on such a roll but Uncover and my personal life got in the way during the end of 2013. I've got the remaining parts mapped out so it's just a matter of sitting down and finishing it up.

One of my goals for 2014 was to launch two just-for-fun side projects. I launched my first in January called SlowCookable, which is a weekly slow cooking recipe delivered to your inbox. It's been a great motivator to get me to cook and try out new recipes. So far I've cooked and released six recipes on SlowCookable to just under 150 subscribers.

I've got a second just-for-fun side project that I've been working on a few hours a week. More about that some time in the next few months. If everything goes as planned, it could be a huge success and a lot of fun. Hints: It involves long-form writing and photographs.