Why Entrepreneurs are Scared of Talking to Users

Jun 25, 2015: The fear of building something nobody wants

The other day I asked Twitter: “Why are some entrepreneurs scared of talking to users and doing user research?” The tweet popped into my head as I was preparing to have one of my users come into my office to provide feedback. That got me thinking: who else do I know that does this? Not many early stage entrepreneurs.

Certainly big companies are often inviting their users to meet with their UX team. They’ll record the person’s every word and mouse movement to get a better understanding of how their product is used, but entrepreneurs making a new product rarely do this — with a dozen excuses as to why they don’t bother.

I believe we all know deep down that we should. We put it off and keep making excuses. The longer we wait the more disconnect we create, with potentially devastating results: the death of our product. 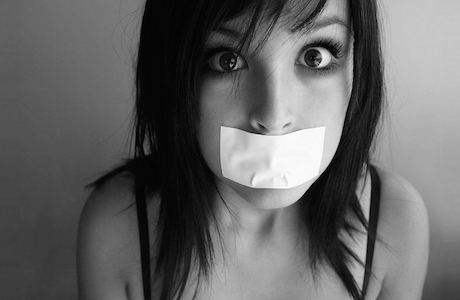 What often kept me from talking to users when I was just starting out was the fear of rejection. It sounds silly to me now, because waiting makes the sting of rejection even worse — it’s like pulling off a bandaid slowly rather than all at once.

When you put your heart and soul into building a product, the last thing you want to hear is that your product isn’t something that anyone wants. It’s devastating. But it’s always beneficial to find this out sooner rather than later.

When you’re working by yourself or with one or two other people, time is a scarce resource. With only so many hours in the day, every decision you make about what to work on means that you’re putting something else off.

Properly doing the research phase of a new product takes time, patience and lots of thinking. Simply Googling a few key terms and browsing through competitors’ products won’t get you there. What will? Talking to users.

But doing the research and talking to users requires finding them, persuading them to meet with you and scheduling time to meet— time taken away from building the product.

Most early stage teams — made up of mainly developers and designers — fall back on what they know best and that’s building product. They open up their tool of choice and get back to doing product work rather than saving themselves the future time they’ll have to spend re-doing all of their work.

And time isn’t the only thing you’ll save, you’ll come away with a better product too.

It’s been written time and again that you need to get your product into the hands of users as quickly as possible to get feedback. Even before it’s ready.

During the meeting I had today with one of my users, I walked him through a dozen or more printouts of UX and UI elements to give him a sense of what we were building. He gave me one huge insight and a few small ones.

He didn’t care that what he was looking at wasn’t production ready yet. Not once did he bring that up. He was even more energized about what we were building because we were showing him work in progress — something that he could quite possibly influence.

While only a sample size of one, in representing the target audience he has insights that are really important even if we don’t implement everything he says. Simply knowing what he finds worthwhile and what not helps us better define what we’re building.

It’d go something like this: “I’ve got this brilliant idea and I alone am the one to build the product. Anyone else’s feedback would misunderstand my vision.”

This is the worst excuse of all. Those people aren’t just not talking to users, they’re also not listening to their co-founders, co-workers and friends.

Then they launch their product and find very little buzz and very few users. They scratch their head and conclude that it must be because not enough users know about their product. Wrong. It’s because they haven’t spent the time to find out whether what they’re building is something users want.

Now get on with it

When you finally get the courage to email, call and meet with the people you are targeting, it’ll be the best thing you ever do. No longer will you be building a product blindfolded, and you will benefit from insights along the way.

It gets easier, too. Every subsequent user you talk to will be easier to talk to than the last. You’ll also have better questions to ask and be able to interpret what they’re telling you in a more useful way.

Go on: talk to your users. No excuses.